A friend of mine brought this article to my attention, asserting that the recently defeated former Prime Minister of Australia, Scott Morrison, well known as a Pentecostal Christian, was a theocrat. In its tone, it reads like the sort of thing you would read in a campus newspaper. Frankly, you'd expect a better level of analysis from someone claiming to be an experienced journalist.

Window to the soul

Researchers have authenticated a newly discovered photograph of Joseph Smith, founder of Mormonism, thought to be the only one in existence. One of his descendants described his eyes as "mesmerizing." A photographic expert described him as "charismatic."

These adjectives are in the eye of the beholder. He could also be described, it seems to me, as creepy.

Enrol at own risk 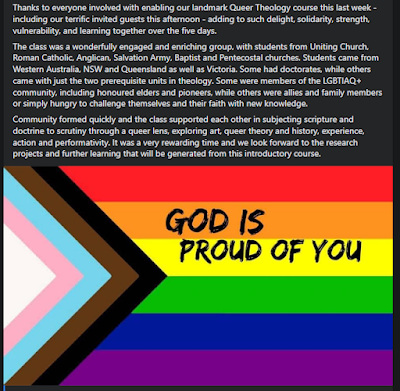 A member college of a network of Australian theological colleges recently launched an introductory course in Queer Theology. This graphic is from a social media post. Its author has been deliberately cropped out. The developers of this course hope that it will permanently transform the church's engagement on this issue.

Now that classical Christian sexual ethics are being deconstructed, is celibacy still required of unmarried Christian believers, or monogamy of married Christians? Will theologians develop a hermeneutic to alter these standards as well?

How is this not a capitulation? To my understanding, the church is meant to be distinct from the culture, and not just go along with the latest cultural fads. It sounds like one, dressed up in academic and scholarly sounded language. Why be a Christian if you don't stand for anything, and have no distinct beliefs from non-Christians. I am not saying that all Christians have to think alike on every subject, but why swing the pendulum drastically in the other direction?

Another objection is this. I cannot find any research surveying the attitudes of lay Christians towards theological colleges and academic theologians, so this objection is based on anecdotal evidence gathered from face to face conversations and countless online discussions.  To my knowledge, lay Christians are often suspicious of their denominational colleges, and the work of academic theologians. They often caricature these colleges as heresy factories, and are weary of studying at them, out of fear that it will actually weaken their faith, rather than strengthen it.

Initiatives such as this course will only widen the distance between lay Christians and theologians. I don't see anything sinister in this. I see it merely as naively idealistic and foolish.

During the week, I listened to a three-part podcast series about famed the famous or infamous nineteenth century Australian bushranger, Ned Kelly (1854-1880), which is part of the Real Outlaws series. The production values are good, and the narrator manages to do a convincing Irish-Australian accent. One minor issue is a factual error. At the time, Australia was made up of separate colonial governments, each of which was led by a Premier. The narrator describes the Premier of the Colony of Victoria at the time of Ned Kelly's capture in 1880 as the "Prime Minister." Australia did not have a Prime Minister until 1901, when the first Commonwealth government took office.
https://www.noiser.com/real-outlaws
Posted by Ross at 9:14 pm No comments: 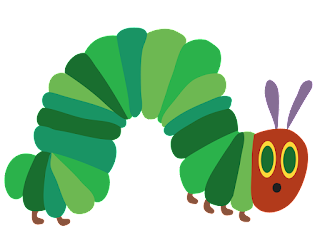 My hot take: Let kids be kids. Let parents choose appropriate books for their own children. Must all aspects of life be politicised?

The author of The Very Hungry Caterpillar, Eric Carle, passed away in 2021. He is no longer around to defend his work. In a 2009 interview, Carle described it as a book of hope.

"That you, an insignificant, ugly little caterpillar can grow up and eventually unfold your talent, and fly into the world. As a child, you can feel small and helpless and wonder if you’ll ever grow up. So that might be part of its success."

Although I am not a parent, I would have thought that was a positive thing for children to learn as they make their way in the world.

Sawing off the branch you're sitting on?

Jane Caro, feminist social commentator, writer, and lecturer, is standing as a Senate candidate for the Reason Party in New South Wales. The Reason Party is an amalgamation of the Sex Party, a political party started by the Eros Foundation, which is an adult industry lobby group, with the Australian Cyclists Party, and the Voluntary Euthanasia Party.

Now, bear in mind that I am just an obscure blogger, with no profile to speak of. Nor do I live in her state, so I am not eligible to vote for her. However, it is reasonable to ask her if she, as an avowed feminist, has any problem with being a member of a political party that was partially founded by the Eros Foundation. This foundation has links to the adult industry, which feminists such as herself usually oppose because it is based on the commodification and exploitation of women.

Caro is also a domestic violence campaigner. Domestic violence prevention is part of her party's platform. A considerable body of peer reviewed research has clearly established the link between pornography use and domestic violence. This research is widely available to the public. Much of it is not behind paywalls. Yet, a cursory reading of the Reason Party website, which is vague on details, shows that it is against restricting the availability of such material to adult consumers. Is this a problem for Caro? Does her party really want to solve this problem, or perpetuate it?

These are the sorts of questions a journalist should be asking her, and that thinking voters should consider before casting their ballots on election day. 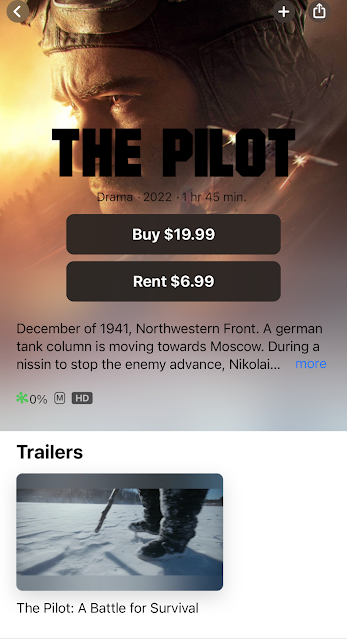 A note for my reader

Ross
Melbourne, Victoria, Australia
I'm a former librarian from Melbourne, Victoria, and also do freelance proof reading on the side. I hold a Honours degree in Humanities, majoring in history, a Graduate Certificate in Professional Writing and Editing (which I've never used, at least not in the sense of being a published author in my own right), a Graduate Diploma in Information Management, a Master's degree in Theology, and last of all, a Certificate IV in Training and Assessment. Good movies, good books, good food and good company are my pleasures in life, such as they are. Comments are moderated, but usually accepted.